On Friday, we were presented with the trophy from the British Legion because we raised the most money for Remembrance Day out of all the schools in Rowley and Cradley. We raised over £800 and were the winning school for the third year running! Thank you to all parents and pupils who supported us. 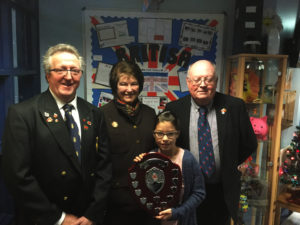 At Blackheath Primary School, we value the diverse ethnic backgrounds of all our pupils and families. Respect is the core principle which underpins our school values and as a school, we actively promote respect and tolerance for the differences in our community and the wider world.

As a whole school, we celebrate a wide range of religious festivals including Diwali, Chinese New Year, Eid, Easter and Christmas through a variety of engaging and educational activities. We also have a ‘Culture week’ in October where children take part in activities linked to Black History Month and join in with Samba drumming workshops and other cultural activities.

As part of our new curriculum, we also deliver a range of topics which have strong links to the British Empire;

We believe that by studying about significant figures in British History, we are providing our pupils with a strong sense of aspiration and British Culture.