The Year Two team is  Mrs Banning and Miss Barrett (2B) and Miss Smith  and Mrs Smith (2S). Miss Bastable, Miss Dellicott and Mrs Blackwell are also members of the Year Two team and they all work together to help the children learn and succeed.

In the Autumn Term, the year two children have been learning all about significant people, places and structures in the UK and the wider world through their Towers, Tunnels and Turrets topic.

Children have been submerged into what life was like in a castle and what types of people used to and still do live in castles. The children looked at towers, tunnels and bridges from around the world and the changes these have faced over the years. In Year 2 , they also learnt about ‘The Great Escape’ and how tunnels were used to help people escape.

In Geography, we had to name and locate seas and oceans  that surround the UK.

We also had to name, describe and compare human and physical features of our own locality and another named place, asking and responding to questions.

We looked at local towers in the area such as Turners Hill Transmitter, the BT Tower in Birmingham and Joseph Chamberlain Memorial Clock Tower is a clock tower located at the University of Birmingham.

We looked at maps and map symbols so that we were able to sketch a map of the local area. 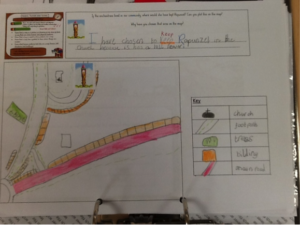 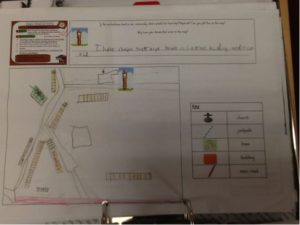 We learnt about two famous tunnels.

The Channel Tunnel in England

We located human and physical features on a map of England and a map of Shanghai. 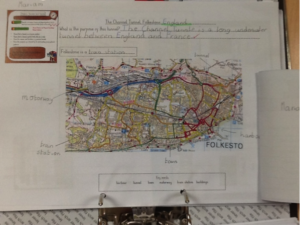 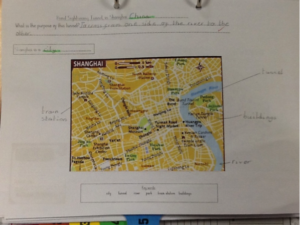 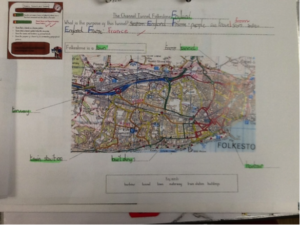 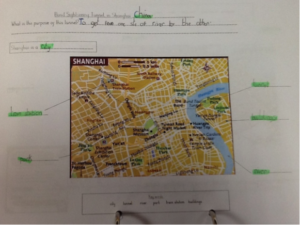 In History, we have looked at how castles have changed over time. We had to order castles chronologically according to their time period. 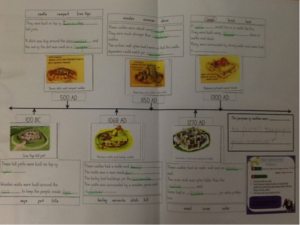 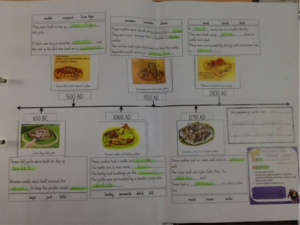 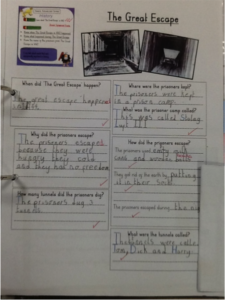 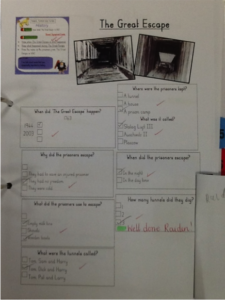 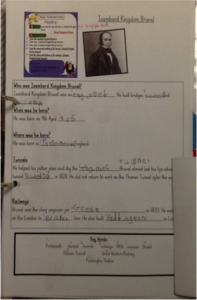 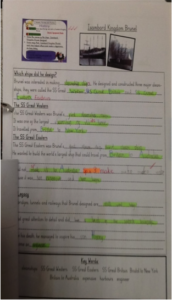 We looked at the work of Roland Lee who is a full-time artist living in southern Utah near Zion National Park. Each year Roland travels to various parts of the world where he sketches and paints on location.

We also had a go at doing some sketching. We choose a part of Warwick castle to observe and sketch. We used different tones (light or dark) and we drew lines of different thickness to create depth and texture .

We looked at the work of Andy Goldsworthy. This artist creates sculptures using natural materials. 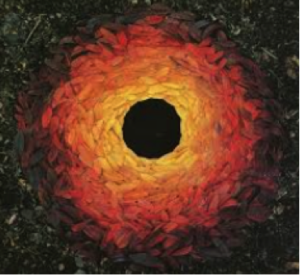 We had a go at creating a tower using natural materials in the style of Andy Goldsworthy.

We used natural materials such as clay, stones, sticks and leaves. We had to mould the clay to form the basic structure.

In music, we have been learning to appreciate music by focusing on the pitch, rhythm and volume of the music. We also had a guess at which instruments we could hear.

The we listened to Battle on the Tower by Alan Menken and completed the following tasks: 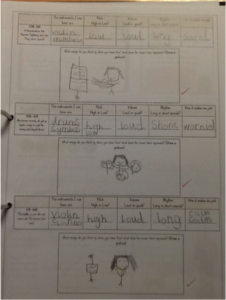 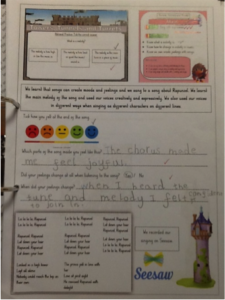 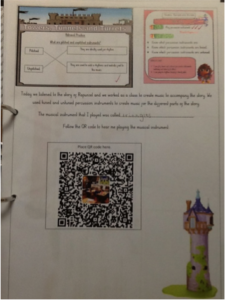 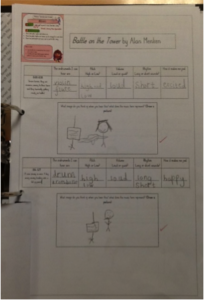 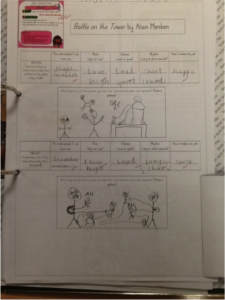 In Computing we have been learning about coding. We have been using simple commands to make objects move. 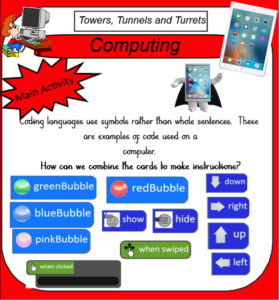 We have also created our own simple programme. We had to choose a background and 2 characters. Then we input commands to make the characters move. 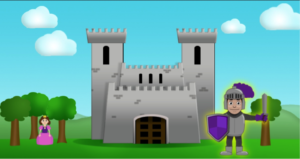 Well done to all Year Two children for their hard work this term!